It’s been more than six months ever since the European Commission (hereinafter referred to EC) started a dialogue with Poland on its rule of law situation but still the situation seems to be unbalanced and stands out from the European standards. The EC found some gaps and concerns which provide a threat to EU fundamental values and this is why, on 27 July 2016, it issued a new recommendation to clarify the inadequacies and proposed plenty of possible approaches how to change it properly. 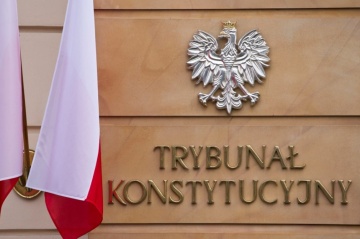 The unbalanced situation appeared after change of power following 2015 parliamentary elections in Poland. When the society democratically decided to give power to a new leading party, the situation concerning the Constitutional Tribunal became not only Poland’s internal issue but it escalated problems on European level due to the fact that the Commission noticed that there is a systemic threat to the rule of law in this country. To be fully objective it is worth mentioning that both previously leading party (Civic Platform) and the one currently in authority (Law and Justice) went beyond its competences while appointing new judges to mentioned tribunal. The former party appointed three new judges due to vacancy and two extra judges in advance despite the fact that their cadency will not start immediately but in couple of months (after the elections). Since this party lost a support and, consequently, the elections, the latter party decided to appoint not two judges but five claiming that all previous nominations were unlawful. For that reason not only the composition of tribunal is unclear but also the way how it works… or not. 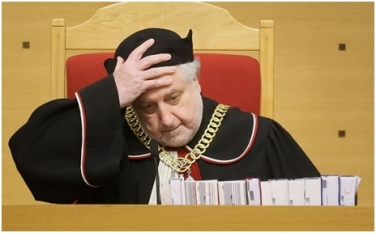 Proposal from the Commission

This is the second time the EC took steps to explain and improve the issue of the Constitutional Tribunal in Poland. After the Commission adopted the opinion on this situation in June this year, the situation stayed rather unchanged. This time the executive body of the EU prepared a recommendation in which clearly states its proposals. First of all to implement the judgments of 3 and 9 December 2015 which confirm the legal status of appointment of three judges by previous legislature and negate the choice of three out of five judges done by a new legislature. Secondly, to publish all Tribunal’s judgments automatically without depending on any decisions of the executive or legislative powers. Thirdly, to assure that any reforms on the law concerning the Tribunal will respect all its judgments and that the court can review the compatibility of law before it enters into force.

It is worth mentioning that recommendations are not legally binding. By these means the institutions can present its own scenario or propose proper direction to handle the situation. What is more, there are no legal obligation towards subjects to which the recommendation is addressed.

Full text of the Commission Recommendation of 27.07.2016 regarding the rule of law in Poland is available HERE.

EUROpens is a blog run by students and devoted to subjects concerning European issues in a broad sense. The editorial board aims to present and comment the most curious topics from the political, economic, social and cultural life of the European Union and its Member States. The EUROpens team believes that the demonstration of the processes, which have gone in the particular Members States, and attempts to interpretation their effects in the European context will make a contribution to the dissemination of objective information about the European Union. The EUROpens’ goal is to break stereotypes functioning in Europe which were generated by this selective transmission and to enhance the European awareness by its educational activity.